It’s a time, as they say. A moment of bombardment — parade shootings, school shootings, store shootings, immigrants baked to death in trucks, the Supreme Court pulling back on all gains made to save our planet, January 6th hearings informing us yet again that our previous president was a lunatic. And recently, Roe vs. Wade collapses.

Lying is in. Corruption is cool. Rome is burning. I sit with four writing friends at a café in the L.A. sunshine and we trip over each other with associations, analogies. The two Persian women remind us about the relevance of the current climate in the U.S. to the historical revolution and up to the minute reality of life in Iran.  “Write about it! You have insight that will be invaluable,” says our Anglo-Saxon member.

Our Bosnian younger pal talks about the Pride march in Sarajevo, and the Facebook outrage and counter attacks. “I wrote my own feelings,” she admits proudly. I said this and that one said that…

I pipe up… “Yes, we are each living this moment from the vantage point of our particular history. For me, it’s the 1930’s in Germany. First the low-key event of Hitler becoming Chancellor and the slow and then accelerating movement toward genocide.”

What are we called upon to do? Really. I read Mary Pipher’s guest column in the New York Times describing her thoughts on How to Build a Good Day When full of Despair. She integrates our culture’s current love affair with Buddhist philosophy… ground in the present, listen to the birds, watch the sun, feel the breeze… into a life of activism — Do what we can, don’t become disaffected.

But again, what are we called upon to do? Is it enough to be telling the story of my own history as a lesson? Will anyone care? Old news, fake news. The Holocaust as an example of the human potential to do evil is denied or even worse — forgotten.

Evil is in. And I paint. And I write. If I knew this was 1933 in Germany, would I rise up? Would I run for the hills? I am in the midst of hiring a guide to retrace the steps of a family member whose parents fled across the Pyrenées from France during the War to bring him at age 8 to an Eleanor Roosevelt Save the Children boat leaving Barcelona for the U.S. He left alone; no parents allowed. He survived. Now we will try to recreate his route from his vague memories. We will smell the wildflowers, stay at the refuges, imagine the fear. We will try to know. To remember.

Is that enough? There is a pressure in the U.S. at this moment to act. To not be intimidated. To hold steady in the mounting tides of revolting amoral and immoral reality. I should and could do more. Is there a pardon based on age? On wanting what Mary Pipher wants — a moment of respite for a life lived under the specter of, ‘you never know?’ Have I paid my dues simply by looking over my shoulder all these years? Do I need and owe one more take a deep breath and push forward? I am considering my choices. Many of us are. Hopefully enough of us will take a step, mindfulness in hand, but with action toward a better future as a goal.

Mary Oliver writes in her poem Invitation, “it is a serious thing just to be alive on this fresh morning in the broken world.” We are alive — each morning we wake to the breathtaking beauty of our earth, our love, our caring for each other. But also our grief about the brokenness of this moment. 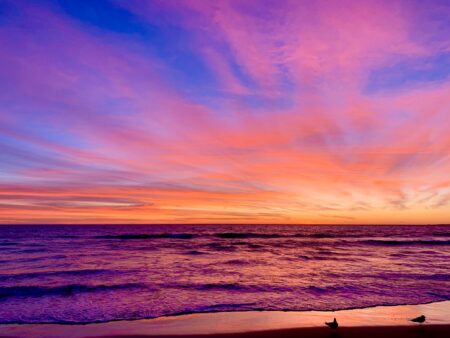 It’s the young… yes, you, the young, who must lead the way. Find the beauty and connection my generation was privileged to be offered. We want some of what we had for you. And we hope you will also inherit some of our outrageous confidence that our actions mattered, that we could change our world, that we had no other choice. I am willing to be led. I will follow your lead. We are a force when joined. I still do believe.